Summary: Stinkoman is made aware of a strange creature going by the name "Homsar". By a weird coincidence, something very similar to Homsar just happens to show up in Stinkoman's city. 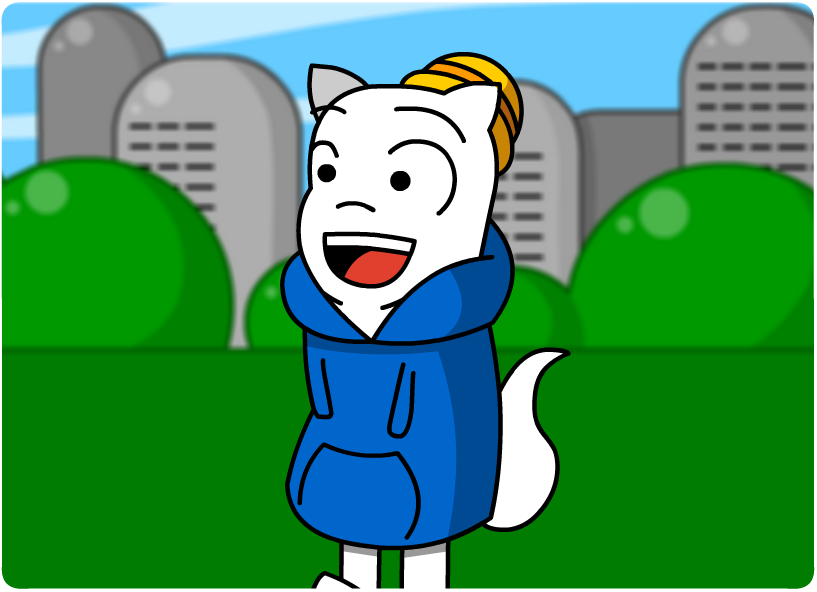 {You know the drill. Stinkoman is sitting at his holographic computer and does the thing. An email pops on-screen. He then proceeds to read the email after doing a little intro.}

STINKOMAN: Insert something to do with emails here.

Dear Stinkoman
If you hate Homsar so much, why don't you kill him?
Keep it toasty,
Madam Roasty

{He slows down at the word "Homsar" with a couple of confused grumbling noises before he finishes reading.}

STINKOMAN: Hey, wuh-hoozat-waaaah? Who or what is a "Homsar"? Even if I knew what that was... which I don't... I would never kill someone. It is unspoken rule of challenge-ing. The list of things that you can do to your opponent in a challenge is grand, however. Nothing to scoff at.

{Stinkoman clears the screen so that he can writing out a list.}

STINKOMAN: You can maim, wound, injure, cut, strangle, asplode, liquify, incinerate, burn and beat the ever-loving snot out of someone that challenges you, but never under any circumstances can you kill them. We're not monsters! Though you have got me curious about this "Homsar" fellow. I wonder if he would inquire as to a CHALLEEEEEEENGE! He sounds very powerful. I will not kill him, but I would certainly like to engage in a couple rounds of fisticuffs!

{Stinkoman somersaults out of his hover-chair and lands on his feet, glancing up toward the top of the screen.}

COMPUTER VOICE: His origins are unknown. Prominent between the years of 2001 and 2021. He has an unusual speaking pattern. He has survived multiple attempts on his life. He's been crushed by a heavy lourde, run over by a car, thrown from a cliff, covered in scorpions.

COMPUTER VOICE: Nothing comes up under weaknesses.

STINKOMAN: Alright, perhaps we need to look at this whole thing from another perspective. What are his strengths?

COMPUTER VOICE: He has the ability to manipulate time and space around him. He can shapeshift, levitate, duplicate himself--

STINKOMAN: Wait, wait, wait! Are you kidding me? How the heck am I supposed to go up against someone like that? Crap! Are you telling me that... I might not be the greatest fighter in the universe? This is baloney!

COMPUTER VOICE: Well, it may--

COMPUTER VOICE: Well, it may interest you to know that Homsar has not been active in the past two decades having seemingly disappeared off the face of the planet. So, you still hold the label of the greatest fighter currently alive.

{As the computer talks, a holographic projection of Homsar is displayed in front of Stinkoman and he grumbles angrily.}

STINKOMAN: So I can't even put my skills to the test against this no-armed whitey? You thought that would make me happy?

{Powering down noise. Stinkoman walks off-screen to the right. Screen-wipe to the field with a clear view of city buildings in the background. (You know. The usual place 20X6 scenes take place.) Stinkoman enters the screen from the left and is walking with his head down, clearly saddened.}

STINKOMAN: It's weird to think what might have been.

ZERO: {excited voice, off-screen} Aaaaaaaaaa! You can do anything you want if you try hard enough!

STINKOMAN: {snaps out of his thoughts and looks around confused} Wah-wuh? Who said that?

{Suddenly a strange 1-Up-looking boy, shorter in height, wearing a blue hoodie and bowler hat with tiny black circular eyes hangs upside down in front of Stinkoman, seemingly hanging from something off-screen. This is Zero (or this show's version of 20X6 Homsar).}

ZERO: If you had a dollar for every dollar you had, you'd have twice as many dollars!

{As if like a blue blur, Zero runs around Stinkoman and then jumps on to his back, putting his face really close to Stinkoman's.}

ZERO: You see, love is like an onion. The more you peel it, the more it stinks.

STINKOMAN: Ah, get off of me!

{Zero jumps off of Stinkoman's face and stands in front of him, still super close.}

ZERO: Who am I you ask? Well, that's a very good question! I'm the human wedgie!

STINKOMAN: You're worse than 1-Up! And here I never thought I'd say that.

ZERO: I have to say this dinner party is top dollar!

STINKOMAN: Okay, enough! I've had it up to HERE with your shenanigans! Quit waffling on with your hullabaloo! Either make some sense or get out of my face, you awful, strange little man!

ZERO: I know where he is.

ZERO: Well, it all started way back in the old-timey days. There was a wrestle-guy with a mustache and the strong man, too!

STINKOMAN: Is this actually going somewhere?

ZERO: Is what going somewhere?

STINKOMAN: Okay, this is clearly going nowhere. Have a good day! Or bad day! I don't care! Just leave me alone.

{Stinkoman pushes Zero out of the way and storms passed him. A scribble of anger manifesting from his brow. Zero just smiles again.}

{The camera pans slightly to the left to see 1-Up standing there.}

{Cut back to Stinkoman at his holographic computer, finishing off his email response.}

STINKOMAN: You know what, Toasty? Remember when I said that I would never kill anyone under any circumstances? Yeah, I take that back. I'm willing to make one exception to the no-killing rule! But, that exception certainly isn't this "Homsar" dude. I can tell you that!

Retrieved from "https://hrfwiki2.miraheze.org/w/index.php?title=Stinkoman_Email/3&oldid=11557"
Cookies help us deliver our services. By using our services, you agree to our use of cookies.